Create your own Online Course for FUN and Profit: Click HERE
This post may contain affiliate links. You can read my full list of disclosures here.

Summary: Are there times when you feel more creative than others?  For me, more often than not, creativity comes when I’ve taken a break from creativity and then come back to it with a new sense of passion and energy.  The ideas and thoughts flow.  The images fire.  The stories flood.  Innovation happens!

So, why do these creative bursts come after breaks?

One article in Psychology Today entitled, “To become a Better Writer, Be a Frequent Walker”, makes the following observations about breaks:

“But was it walking or being outdoors that gave rise to more creative thinking? To explore that question, the researchers compared walking outside, walking inside on a treadmill, being rolled in a wheelchair outside and sitting inside. They found that participants who walked, whether indoors or out, came up with more creative responses than those who sat. In other words, there seemed to be something specific about the act of walking that got people’s creative juices flowing.”

Thanks to KellerPics for sharing their creativity on PIxabay. This is a FREE image available for commercial use. Click on image to see their portfolio.

In the fall of 2019, I helped a friend doing manual labor at his warehouse.  He had a short term crunch on a big project and needed help.  Since I was in between projects, how could I say no?  During that time I rarely touched my computer or did anything creative at all.  I was too exhausted when I got home from work.  I did have creative inputs while I was doing manual work – I listened to many audiobooks during that time.  I listened to music.  I listened to anything that would drown out the hum of the machines and the empty chatter of the other workers around me.  But, for the most part, my creativity spigot was turned off!

Then, I went to New Zealand and enjoyed visiting with my family.  Sure we enjoyed the tourist destinations of this most beautiful country, but my favorite activity was playing with my grandson Ebby.  I just enjoyed being in the moment with him, experiencing the world through his eyes and whatever we were doing together was the most important thing for me to do.  We played ball.  We played blocks.  We went on hikes.  We played games.  We went on adventures.

Ebby loved to watch Paw Patrol.  Paw Patrol is a very addicting children’s cartoon about 6 puppies that help their leader solve problems for the townspeople in Adventure Bay — “Rubble” is his favorite pictured on the computer monitor below.  Ebby could just zone out and watch episode after episode if we let him.  One of the only ways I could break him away from watching this cartoon was to say, “Ebby let’s go on an Adventure!” and he’d reply, “Adventure?!”.  Then we’d go outside and we’d make up some adventure that we would go on.  Mostly it involved hiking, treasure hunts, throwing the ball and other games that we invented.  We had a great time! 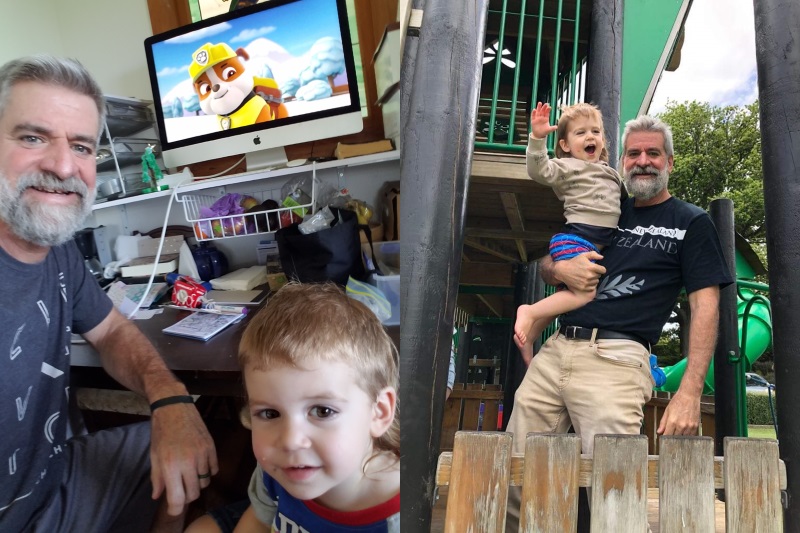 The reality is I was still being creative.  I just wasn’t being creative in the same way.  I took a break from blogging, which some times really felt like “slogging”.

But, now that I’m back to it, the blog posts won’t stop.  And, I’m taking advantage of it, by writing blog posts feverishly whenever the ideas show up in my mind — usually in the early morning, but also whenever they show up!

If you’d like to read further on these topics